Aikido is primarily practiced as an empty-handed art.  However, as a student progresses, he/she studies the principles of Aikido through the use of the wooden sword and wooden staff.  Weapons work reveals the importance of proper distance, timing and precision of body movement.  It also develops a student’s breathing and concentration.  Techniques for responding to multiple assailants and knife attacks are also studied. 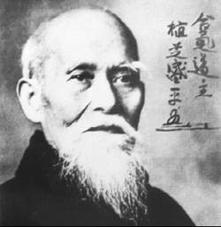 Do you train with weapons?

Aikido is practiced by men, women and children of all ages and body types.  The benefits of practice are many.  Aikidoka develop good breath capacity, flexibility, coordination, increased range of motion, good posture, a confident demeanor, and greater awareness of their bodies and environment.

Aikido is a non-competitive martial art.  There are no tournaments and students are never pitted against each other.  Each student challenges him/her-self to constantly improve.  Progress is marked by an individual’s deepening embodiment of the art, and the clarity of his/her spirit expressed through their movement.

Through consistent mindful practice, the student reaches periodic milestones of training and tests for rank.  The first test usually comes after a minimum of fifty class hours.  For the first five adult ranks, students wear a white belt.  After about five or six years of dedicated and consistent training, a student is ready to test for his/her first black belt rank.  For longtime practitioners, the benefits of training transcend words.  It is a path of self-discovery, deeply life-changing, and a continually stimulating and balancing influence in their lives. 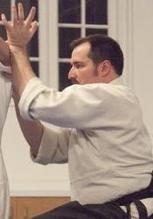 How is Aikido used in Self-Defense?

Eric began training in
2003 with Frank Apodaca Sensei at Mid-Michigian in East Lansing. In 2009 Eric Took over teacher in the East Lansing dojo under

Eric has been in the Lansing area since 2000 working as a software developer for Jackson National Life.

Eric Has also studied Iaido/Batto-ho and Zazen and travels for seminars regularly to broaden his training.​

What are the benefits of practice?

The general atmosphere in training is one of mutual cooperation and respect.  Aikido is a way of coordinating both body and mind through the discipline of learning and training technique, thereby energizing the body and increasing awareness.

Developed early in the 20th century by Morihei Ueshiba (1883-1969).  Aiki means “blending body with mind to the movements of energy.”  Do means “a way or path chosen toward self-realization.”  Aikido is a system of self-defense which employs techniques based on circular movements that blend with the attack and energy of an opponent.

Aikido’s movements are generally smooth and fluid.  Circles and spirals predominate in the techniques.  Rather than meet the force of an attack head-on, the defender moves their body off the line of attack, takes the attacker’s balance and culminates the technique in either a throw or a pin.  In the rhythm of practice, partners change roles, allowing each to feel both aspects, attack and defense.

A person can learn about self-defense by studying a martial art.  Self-defense is not about the number of techniques one learns, but about the concepts and principles of their application.  How an individual learns these principles and applies them is important.  To learn about self-defense requires a person to study the art both physically and mentally.  In our case, the art is Aikido.  Inherent in all techniques are the concepts/principles that make them work.  If the practitioner understands them, he or she can apply them in many situations.

Self-defense courses are by their nature short.  Such courses are good for helping individuals begin to develop ideas about self-defense possibilities.  Even so, a short study may not provide the training required to make self-defense responses as natural as breathing, nor give students enough practice to have sufficient confidence in their abilities.  Development of this level of skill is the benefit of long-term training.  This is the process of ingraining the concepts and principles into one’s own body system or what we call “embodying” the technique.

The goal of training for self-defense is to be skilled not only in technique – but in the ability to read the energy and intentions of one’s opponent.  The ideal response to aggression is spontaneous, well-timed, and performed without needing to think.  Just as a musician must practice notes and scales over and over again in order to combine them into patterns that create an improvised solo, an Aikidoka will repeatedly practice basic skills over time in response to a great diversity of attacks, in order to respond most effectively in a self-defense situation. 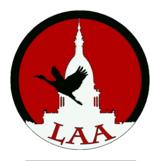